What I learned from Sebastian Junger–write what you know. Learn what you need to know. Sebastian is a perfect storm of a writer.

I met Sebastian a couple of years before The Perfect Storm took publishing, and our society, by storm. And a few more years before George Clooney and Mark Wahlberg brought it all to life on the big screen in the terrifying realistic film.

Sebastian was at the Island Writing Retreat where a small group of writers, by invitation, get to settle in and spend time sorting out thorny problems in their writing while being fed fabulous food and enjoying a pristine private island. In other words, the perfect place. The week includes nightly readings of our works in progress and lively critiquing. Usually, the workshop organizer, Sally Ryder Brady, reads the work so that the writer can sit back and hear her own words. It’s a soul-baring and illuminating exercise.

On the night Sebastian’s work was to be read, Sally took ill. I was sitting with him at dinner when she fled the dining room. I discovered that (1) he liked to drop in on marathons in cities around the country; (2) he thought the best New England surfing was during a hurricane; and (3) he figured he was the fastest eater who ever sat at a dinner table. I can attest to the latter–he inhaled his food like he inhales life. When it came time for reading, he asked if I would read his work. It was an early work, a short story about urban teenagers, spicy with street language. After, he thanked me for handling it well.  As someone who also writes speeches, and who lived at the time in downtown New Haven, I knew the sound and rhythm of dialogue. As a writer who throws himself into his subject, he had done the characters justice in a story line he picked up while a student at Wesleyan University in Middletown, Connecticut.

The week ended, but I then saw him again at writing sessions at Sally’s; he brought in the beginning of work that would turn into The Perfect Storm. He had researched monster underwater waves that were 100 feet high. I found the idea terrifying; it was the right stuff for the guy who liked to surf in hurricanes.  The rest is history. In fact, the rest is part of our everyday lexicon. It’s difficult to go a day without someone…from a boardroom to chat overheard in Starbucks to newscasters…describing something as “a perfect storm.” I always think that it’s too bad Sebastian doesn’t get royalties, like a musician does when a song is broadcast.

Sebastian Junger’s other work followed in the same authentic way. He’s reported from Afghanistan and produced War and a documentary, Restrepo; he’s written a collection about daredevil firefighters who put their lives on the line.  He brings the ferocious eat-life-faster than anybody else to the table. He brings himself.

Write what you know, learn what you need to know. It’s the best we can do as writers. Anything else is someone else. 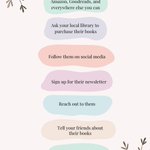