I’ve been a tobacco farmworker, dance club hat check girl, stable manager, daycare owner, reporter, corporate vice president, and publicist before I landed on writing books. It took some learning (I can milk a goat) to get where I am. Writing for the New York Times was a really big deal for me. But so was publishing two of my novels via the indie route.

I was born in Somers, Connecticut, a small town on the Massachusetts border. We lived next to my grandparents’ dairy farm, surrounded by cornfields, hay meadows, and tobacco sheds.

I lived in New Haven, Connecticut for many years, raised two daughters, and fell in love with great pizza and abundant arts, especially theater. Now? It’s Plymouth, Massachusetts, just a ways down the coast from Boston with a view of the water, a sea breeze and enough sunlight to keep me happy.

(I changed my name to honor my mother after her death. My early work is bylined Betsy Percoski.) 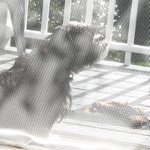