My Twitterverse is full of writers of all ilk. In self-defense, writers follow writers to build the infamous platform that is now required, along with writing thousands of words, dumping your soul on the ground for people to stomp, and scrabbling to earn money to keep the lights on.

The company of others in the same place is a curse. If they have signed the big contract and say “Don’t worry, your time will come,” I’m not convinced. If they can’t string 140 characters together without misspelling or misusing words, I’m wondering how writing fell so low. And yes, there are many of us who are in it for the long haul and understand the politics of the Oxford comma and the reasons that writers should read books (a frequent topic).

The questions. Sigh.  This week, someone asked (tweeted) “Would you use the F-bomb in your book?” First, who calls it an f-bomb anymore? Do you not speak with real people?  My response, tempered because I want to shout WTF, “If a character talks that way, you should keep it real.”

I grew up with parents who didn’t swear. I don’t think I said “damn” out loud until I was in my 20s. But that was a while ago. At some point, I picked up the habit of saying “freakin'” when what I really meant was:  the F bomb.  Then the past four years happened. I throw those grenades all over the place now. Because words matter. The right words matter. A person speaking truth does so in a way that is honest.

I’m not talking about words that are racist. Misogynist. Xenophobic. I struggle with those even for characters because I don’t want to get that close to the monsters. And go ahead and lump into cruel words meant to attack.  And poor grammar — don’t get me started. But frustration, anger at the moment, anger at the world? Yeah, there’s a word for that.

Fuck. Use it. And whatever else suits the moment.

Bloody hell. Sacrebleu. Add your own and bomb away.

Added some flower power because every little thing helps. 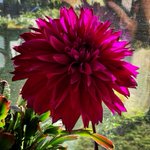 What to do awaiting agent responses? Write short.