When President Bill Clinton famously said that he smoked pot, “but didn’t inhale,” I thought finally! Except this baby boomer was a couple, or many, steps behind Bill. I didn’t smoke. I didn’t drop acid. And had no desire to. Anti-war. Yes. Free love. Yes. But no pot.

It wouldn’t be until my 50th birthday — yes 5-0 — that I gave it a try. Because, I wanted to know if I had missed something. My daughter obligingly rolled me a joint with exquisite care. Lit it and handed it over. I never became a cigarette smoker because I don’t like the feeling that I’ve entered a burning building and oxygen is in short supply. I’d committed to a fair try. Puff. Inhale. And did I realize all that I had missed?

“It makes my head fuzzy.” I said. “I don’t like to be fuzzy minded.” My daughter nodded in agreement.

I guess that was the big question. Do you like to lose control? Nope. Not me. I’d take over the controls and fly my own 747 if it were allowed. I prefer to drive my own care as well. Alcohol? I love the taste; I stop at one.

And now, I find myself in one of the early adopter states for recreational cannabis. Two years ago, I stood online for one of the first stores. We were bussed from a parking lot and then separated into recreational and medical customers. White hair dominated both groups.  The med group also had canes and walkers scattered amongst them. I planned to buy a holiday gift for my husband. By the time I reached the counter, gummy and chocolate treats were sold out. A year later, we have Triple M, our very own hometown store. Its glass cases are fully stocked. No waiting. It reminds me of shopping at a jewelry store where the precious goods tempt you from their sparkly trays.  My husband went with me. He bought a small container of chocolates; I bought gummy gifts for my adult children.

I still haven’t indulged. Not a chocolate. Not a gummy.

And now, my favorite lifestyle diva now has her own line of CBD products. That’s right, Martha Stewart promises gourmet fruit flavors kumquat and Meyer lemon. In an interview, she credited her new friendship with Snoop Dog as an inspiration to try new things. I won’t go into the science of hemp and

CBD versus cannabis because your probably already know and if not, there’s Google. If Martha could open a cannabis shop, I suspect she would.

CBD, the gateway to gummies. I dose my Lhasa Apso with human quality CBD drops twice a day for his arthritis inflammation. Friends are rubbing CBD cream into sore joints. It’s everywhere.

With pandemic and political chaos, the time may have arrived for fuzzy thinking. Paying attention becomes painfully depressing.  So Martha, you might have convinced me. Baby steps.

@ParanormalJunk2 It has always been an issue here.

I have 3 weekend words for you: creme brulee donut. You're welcome.

@megrichmansea All her books are great reads. 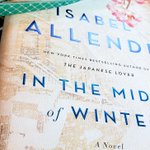